Mad Men may no longer be on our screens, but the public appetite for sumptuous midcentury interior design continues apace.

“It’s the new antique,” says Lucy Ryder Richardson, one of the founders of Midcentury East, a biannual vintage furniture market taking place this month at the Erno Goldfinger-designed Haggerston School.

“Victorian and even Georgian furniture is going down in price but these pieces keep going up. It’s really snowballed.”

Midcentury modern is a term used to describe architecture, furniture and graphic design of the 1940s through to 1960s and early 1970s.

It was heavily influenced by modernism and embraced notions of elegance, functionality and simplicity.

Ryder Richardson is a self-confessed furniture fanatic who has recently cultivated an interest in one particular area: chairs. 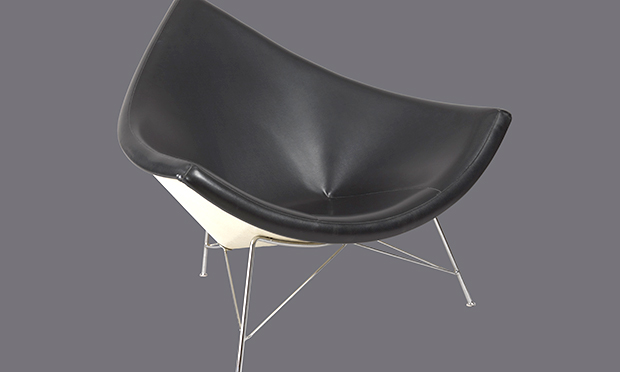 Her book, 100 Midcentury Chairs and their stories, sounds like a niche subject, but apparently there is an army of chair aficionados out there who can’t get enough of our four-legged friends.

“I think pretty much everyone who comes to our shows is a tiny bit obsessed with chairs in particular and I feel the history of chairs tells an amazing post-war story,” exclaims Ryder Richardson.

These designers are bookends for a chronological history of midcentury chair design. Featured chairs include the first plastic rocking chair, designed by husband and wife team Charles and Ray Eames, the first galvanised chair, a chair made from a crate, the famous minimalist zig-zag chair and Bruno Mathson’s Eva Chair, which used strapping instead of upholstery.

Ryder Richardson found the stories behind the chairs as fascinating as the designs themselves.

For example, the first ever televised US presidential election debate, between Kennedy and Nixon in 1960, is famous among furniture buffs for the chairs the nominees sat on.

“Midcentury fans will tell you it was the chairs that won the debate,” quips Ryder Richardson. “They were called Round Chairs, made by a guy called Hans Wegner who knocked them up in only 48 hours. It was a totally new departure – really light weight and open on all sides with tiny little finger joints.”

The book also delves into the intrigues and rivalries between designers and chair producers.

One of the more notorious of which is the creation story of the famous 1960s Cherner chair.

Its designer, Norman Cherner, had submitted plans for the chair to a production company called Plycraft. It was deemed too expensive to produce and the project was scrapped, but when Cherner walked into a New York showroom six months later he found a chair of the same design bearing the mysterious signature: ‘Bernardo’.

The name was a pseudonym for Plycraft’s owner, Paul Goldman, and in the resulting 1961 court case Plycraft was made to pay production royalties to Cherner, an arrangement that lasted well into the 1970s. Ryder Richardson sought out the children and grandchildren of designers for the book.

“I just became completely obsessed. My children now hate chairs – whenever they would sit down to eat there would be piles of chair books.”

Fashion is famously fickle, so is the public appetite for midcentury modern furniture just a passing trend? Ryder Richardson thinks not.

“They’re absolutely beautifully-made and so historically significant. People in the 1960s put their heart and soul into these pieces – they weren’t made to self-destruct like many pieces these days are these days, or even to last a few years – they were made for you to have for life.”