At leisure: a man cycles in Clissold Park

We all know the benefit of ‘fresh air’, even those of us who spend the majority of our urban lives hunched over computer screens or sprawled across sofas.

This common sense approach to the great outdoors is backed up by recent scientific research showing that exposure to green spaces reduces cardiovascular disease, mental health problems and overall mortality. What most of us don’t know is how our greens came to be what they are today.

Living in the city, you probably inhale most of your fresh air in a park, but in this you are lucky, for it is only relatively recently that urban greenery has been freely available for all to use.

In A Walk in the Park: The Life and Times of a People’s Institution, Hackney writer Travis Elborough charts the fascinating history of the little pockets of nature that most of us now take for granted.

We discover that the parks have their origins in blood sports, as the forebear of the curated modern green space was the medieval private game park. Virtually all early urban parks – or ‘pleasure gardens’ – were also private places, to which the masses were admitted only on payment of a fee.

Though that fee typically entitled park-goers access to a smorgasbord of lavish amusements and decorations; in 1742 even Mozart performed at one such venue, Ranelagh gardens in Chelsea.

It was only in the Victorian era that the notion of the open access park took hold, with the young princess Victoria herself opening the first free park in Bath in 1830. The latter 19th century was the heyday of the urban park, as the recreational and ‘improvement’ needs of the industrial proletariat began to be recognised.

More parks were built between 1885 and 1914 than during any period before or since, and they benefitted from the period’s Arts-and-Craft style.

With its lake and pagoda, Victoria Park in Tower Hamlets was one of the most lavish of the royal parks laid out in London at that time. And famous 19th century arboretums at Loddiges and Abney Park in contemporary Hackney were widely-emulated models.

The nadir of the modern park was undoubtedly the period stretching from the post-war housing boom of the 1950s to the 1980s, when public places was gobbled up for redevelopment at an alarming rate.

Investment in open space also fell, and by the early 1990s many urban parks were dangerous, decaying relics.

A major 1994 report co-authored by Hackney historian Ken Worpole marked a turnaround in this trend, and parks enjoyed somewhat of a renaissance during the subsequent two decades on the back of National Lottery funding, only to fall victim to the austerity politics of the contemporary era.

With council spending on parks plummeting, land being sold for redevelopment and local authority grass increasingly being leased for paid events, parks are again facing a crisis that has prompted one call for all of London – 47 per cent of which is made up of green space – to be declared a national park.

In some senses this struggle is not new. One of the perennial moral and logistical challenges for park-keepers has been the surveillance of park use: who was to be allowed in, with what attire, and for what purpose.

Together with sex, politics has been one of the most consistent uses to which parks have been put down the centuries. From the 19th century open green space hosted electoral hustings, demonstrations and political gatherings of all sorts.

In 1948, Victoria Park proved a convenient place for Chartist meetings; on the eve of the First World War, Sylvia Pankhurst addressed anti-conscription gatherings there, and Oswald Mosley’s Black Shirts held rallies on the same grass in the 1930s. 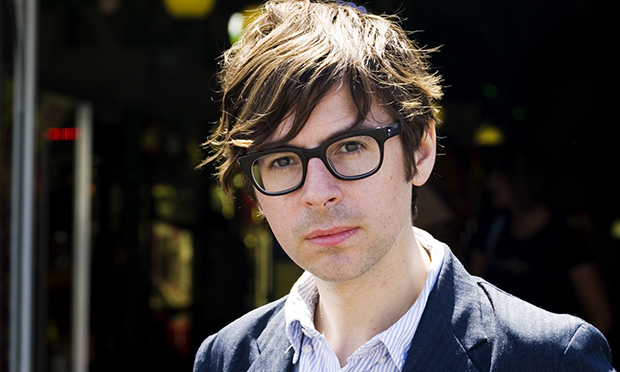 Travis Elborough is known for his deft and quirky explorations of social history, including the Routemaster bus, vinyl records and the British seaside. This volume excels in this particular sub-genre; the prose is generally smooth, and often deliciously witty.

The book is also stuffed with fascinating titbits, such as the fact that Birkenhead Park near Liverpool was the inspiration for the design of New York’s Central Park, or that Alexandra Palace was used as an internment camp during the First World War, or that Victoria Park hosts the UK’s oldest continuous model boat club, dating from 1904.

So next time you wander over to your local park to soak in the summer sun, take along a copy of A Walk in the Park to show you how you got there.