Whirling dervish: Meshk Ensemble are to perform at the Barbican as part of the Transcender weekend

The Barbican’s Transcender weekend has become a firm favourite in London’s contemporary music events calendar over the past few years.

Returning next month for its eighth edition, the four-day concert series aims to explore the many different facets inherent to transcendental music from across the globe.

It will open at Milton Court Concert Hall with two contrasting performances.

The Master Musicians of Jajouka have been performing their unique folk music for generations, but first came to prominence in the West after much promotion from artists such as Brian Jones and Ornette Coleman.

The Master Musicians will be followed by Marouane Hajji, a vocalist from Fes, who performs devotional songs in the Sufi tradition.

The Moroccan theme is carried through into the second day – this time at LSO St Luke’s – with an exclusive collaboration between British electronic producer, James Holden, and Mâalem Houssam Guinia – a leading musician of the Gnawa music tradition.

This collaboration will be mirrored by another, that between Étienne Jaumet, Sonic Boom and Céline Wadier, all of whom will be paying a drone-induced tribute to American composer, La Monte Young.

Saturday will see the focus shift onto the Barbican Hall for a double bill that reflects on the different aspects of the Persian poet and scholar, Rumi.

The Iranian singer, Parisa, who last performed in London over ten years ago, will be bringing a fresh, lyrical approach to Rumi’s mystical poems.

Turkey’s Meshk Ensemble will follow suit with their ritualised interpretation of the sema ceremony, put to revived compositions from the Mevlevi repertoire. Directed by Timuçin Çevikoglu, this will be the ensemble’s UK debut.

The festival will close on Sunday night with a rare performance by Texan duo, Stars of the Lid. They will be combining their highly processed ambient tones with intricate lighting and animated projections.

Texan duo: Stars of the Lid

Speaking to Barbican’s Contemporary Music Programmer, Chris Sharp, I asked what he looked for when putting on an event as eclectic as Transcender. “The whole idea was to try and juxtapose different musical traditions and suggest that there are connections between them,” he said.

“For example, the common human impulse – to escape the everyday and move into a place where time slows down – has been central within religious music, going back hundreds of years, if not longer.

“A lot of contemporary music, from club-based electronic music to stoner rock, explores similar ideas around repetition and gradual change. We try and distribute our attention around the world. This year there is quite a lot of Moroccan music, which we haven’t done in the past.

“And at the same time, we’re looking for interesting collaborations between contemporary artists who have different approaches to music making.” 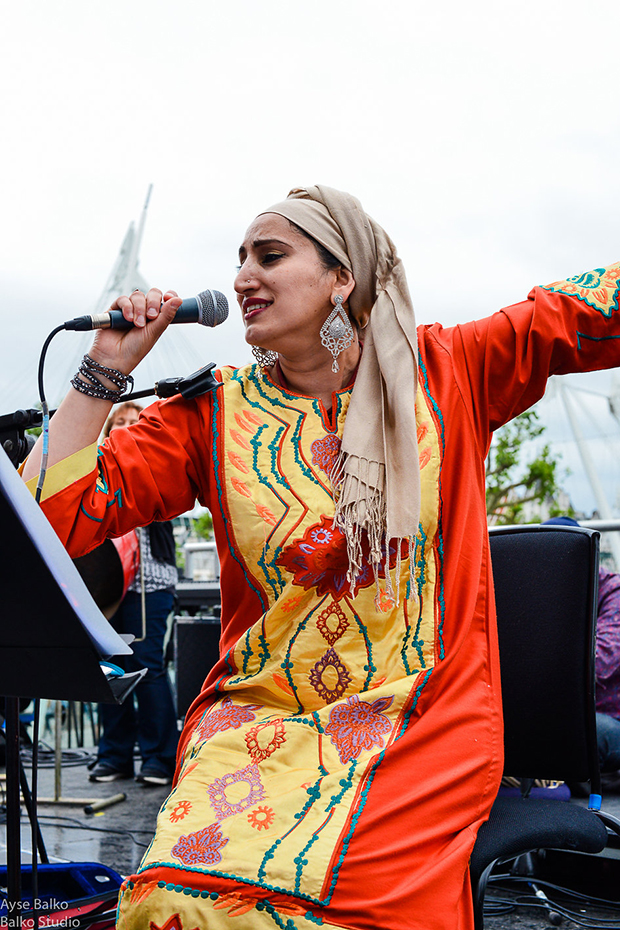