More films are probably watched in the current era than at any other time in movie history – the majority on TV screens, computers, tablets and even mobile phones.

But to experience the splendour of cinema on the big screen there are only two places in Hackney: the Rio on Kingsland High Street and Hackney Picturehouse on Mare Street.

This wasn’t always the case. Over 60 cinemas have existed at one time or another within Hackney, and although all 60 were never in operation at the same time, there were around 30 cinemas operating in the golden years between 1920 and 1950. It is difficult to imagine stepping out onto Kingsland Road or Mare Street on a Saturday night and having 30 cinemas from which to choose!

Many of the Hackney cinemas opened during a flurry of entrepreneurial activity just before the First World War. There were extraordinary profits to be made; it was like a gold rush and numerous speculators and opportunists were all trying to get in on the cinema act. Film historian Luke McKernan called it “a phase of greedy speculation in cinema building”, with 52 cinemas established in Hackney in seven years, between 1907 and 1914. 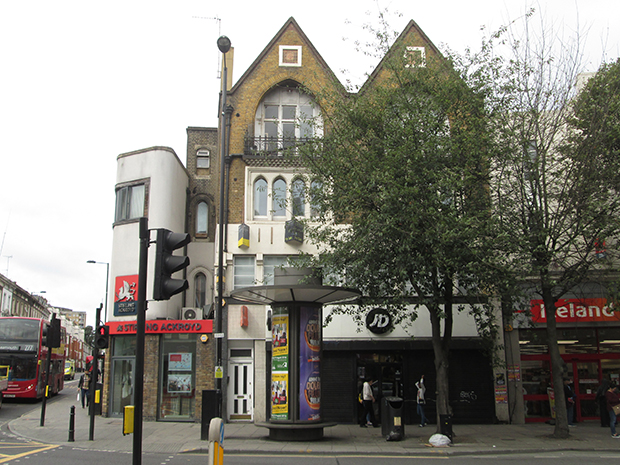 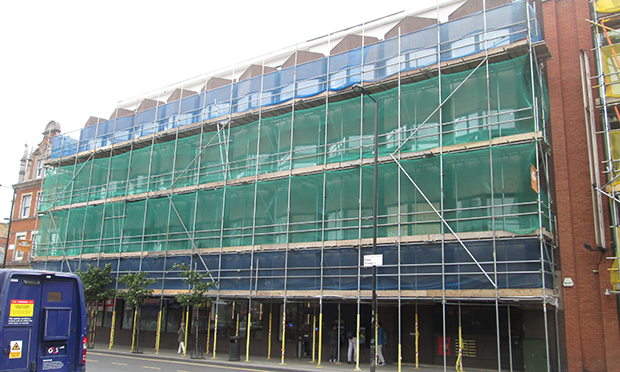 Some were converted shops, chapels, churches and skating rinks, whilst others were struggling theatres and music halls eager to boost audiences cash in on the phenomenon of moving pictures by installing screens and projectors. Still more were new, purpose-built cinemas. Although some closed down after a few years (their owners seemingly took the money and run), there was another flurry of cinema activity in the 1930s, when six luxurious ‘super’ cinemas were opened, with elegant art deco architecture and lavish interiors. 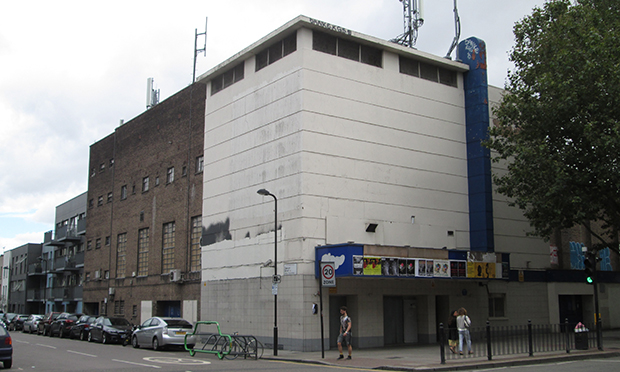 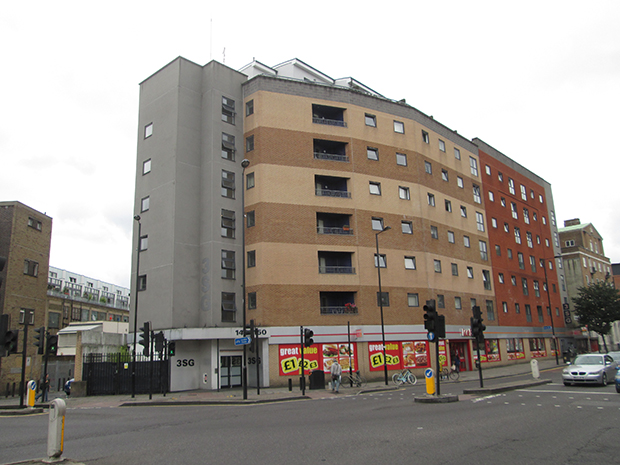 These were the Regent (later renamed the Odeon) in Stamford Hill, the Regal (later the ABC) on Mare Street, the Savoy on Stoke Newington Road (later also an ABC), the Odeon on Hackney Road, the Ritz (again renamed the ABC) in Stamford Hill and finally the Odeon Dalston, along Kingsland Road, close to Dalston Junction. With gigantic interiors and massive screens, Hackney cinemagoers could wallow in the dark in warmth and comfort as the films unspooled. 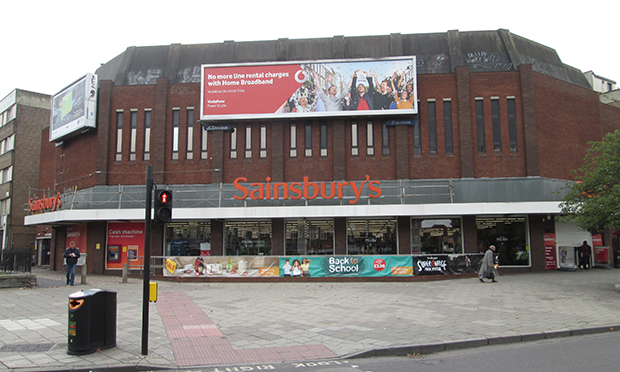 It is generally thought that the decline in cinema attendance in the 1950s was the result of the boom in television (the birth in fact of electronic home entertainment), but this is only part of the story.

Bombing during the Second World War had destroyed over a million buildings in London, and left 1.2 million Londoners homeless. As families moved to new towns such as Stevenage, Harlow, Hatfield and Basildon, communities broke up and traditional work and leisure patterns eroded. Cinema-going and many other pursuits were abandoned or displaced. By 1970 there were just nine cinemas in Hackney and by 1980 only three remained. When I left the Rio in 1989, it was down to one: the Rio was the only cinema still operating in the borough. But again leisure patterns have changed, and that number has now doubled.

Today there are campaigns and plans to restore both the Clapton Cinematograph Theatre (the Kenning Hall cinema) and the Castle in Brooksbys Walk. If successful, an additional two cinema venues in the borough will mean that the opportunities for Hackney residents to see films on the big screen will have doubled yet again!

The accompanying pictures show some of Hackney’s glorious cinemas; how they once looked, and how the sites look now. If you have any memories of cinemas and cinema-going in Hackney, leave a message in the comments below.

This article is based on a talk given to the Friends of Hackney Archives on 7 September 2016.

For further information about the Clapton Cinematograph Theatre campaign, visit saveourcinema.org/ and for the Castle Cinema see kickstarter.com/projects/pillowcinema/revive-the-castle-cinema 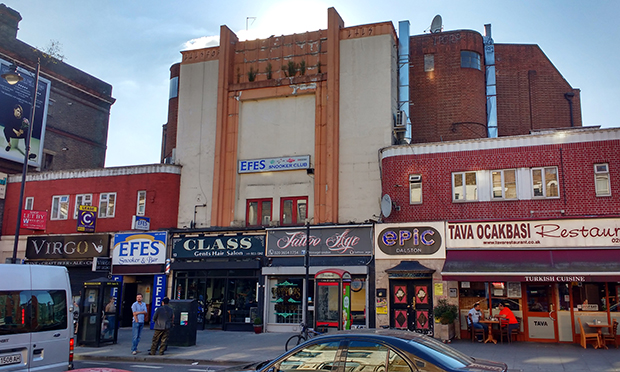 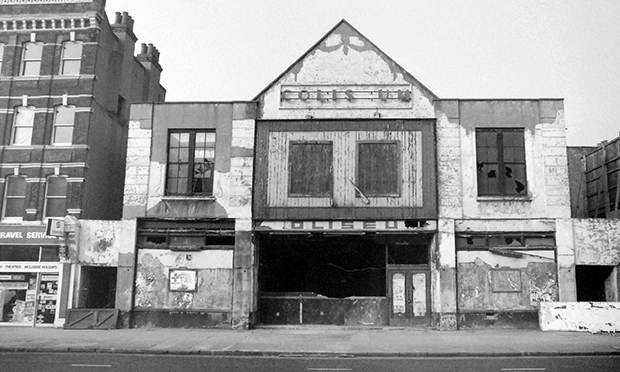 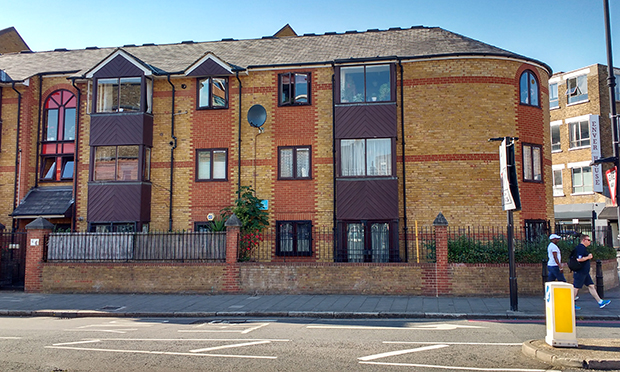 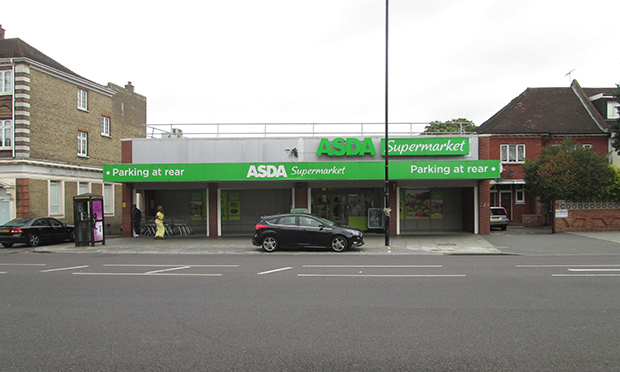